In a line with the kind of work I'm doing in my general research, which I engage most deeply in my dissertation— which I talking more about below— here's a start at something I've been thinking about lately:

Alison Kafer (https://iupress.org/9780253009340/feminist-queer-crip/), Joshua Earle (https://scholar.google.com/citations?user=Jd_s4EsAAAAJ&hl=en), Jillian Weise (https://www.google.com/search?q=%22jillian+weise%22+%22cyborg%22) , Ashley Shew (https://scholar.google.com/citations?hl=en&user=98S5m5kAAAAJ), and others (myself included; see below) have talked a lot about how the cultural imaginary of "the cyborg" should never have been disconnected from the history of disability and how while Haraway's work did a lot of very important things, it still could have benefited from a more careful engagement with the real live people today who live entangled lives with technology. As I've often said, the foundational myth of the cyborg is a story about space disabling us all, and one about the process of adaptation to an environment which fundamentally wants to do us harm, and we've talked about the fact that the stories we use to orient ourselves future pick up this thread, as well.

Some have talked about the idea of reading the history of Disability and Technology as stretching back to even the mythcycle of Hephaestus, the artificer of the Greek Gods who was, himself, an amputee, either causing or as a result of his being cast from Olympus, as it is variously told. Hephaestus' birth was the result of an asexual reproductive revenge plot by Hera; Zeus then birthed Athena from his own head after a tryst with Okeanos in retaliation. Two children born of the same fight being the gods of artistry, craft, craftiness, and technological knowledge is interesting in and of itself, but that's another conversation. This one is about how in some versions of Hephaestus' story, he was kicked out of Olympus by Zeus for trying to free her after Zeus locked her up after she tried to kill Herakles, and this casting down caused him to become injured to the point of needing to amputate his hand and boot. But in other tellings, he was cast out ***because*** his hand and foot were injured.

That is, in many versions of the story, Hephaestus was kicked out of heaven ***Because He Was Disabled***.

And then, after that— when he had learned secrets of magic and honed his artificer's knowledge and created a whole new area of skill and technology— ***then*** he was found favourable in the gods' sight and brought back in to design them weapons and armour and tools and fancy toys. When the disabled god was found to have special knowledge— was found to have developed special knowledge so that he could adapt to a world that actively hated and punished him for being disabled— and when that special knowledge was considered useful to the other gods, ***then*** he was allowed to come back around. And it is notable that in some versions of the Hephaestus mythcycle, his response to this realization is a giant "Fuck You" and a determination to stay in his workshop forge; y'know, the place that he would have set up and adjusted exactly how he wanted and needed it in order to do the work that he loved.

Tables the right height, benches the right length, tools in exactly the proper relational arrangement to be optimally useful to his needs? Yeah. And let's not forget, helpers he designed specifically to facilitate and complete the work.

I've talked about the Greek myth of Hephaestus and his automata as one of the foundational stories of "artificial intelligence" and "robotics," before; I bring it up in some talks and I've written about it a little online, to show that the history of "AI" has always been bound up in our myths and magic and our fuzzy-bordered ideas of creating minds that we then treat as servants. But something that hit me this week, and which you can probably see coming now, in light of the above, is that the story of Hephaestus clearly demonstrates that the historical and foundational myths of "AI" have their roots in disability and assistive technology.

The automata were all crafted either as gifts for gods or royalty, or explicitly as helpers for Hephaestus himself, and were said to feel human emotions. This being the case, there's something of an important tension in thinking through both the liberatory and oppressive aspects of what the automata were and were for, in terms of both facilitating Hephaestus' adaptation and accessibility, but also being rendered as enslaved minds within a slaveholding culture.

Again: The founding stories we have told ourselves about automated systems and created nonhuman minds are entangled stories about treating minds as mere tools, and of disabled and otherwise marginalized people's lived experiential knowledge being devalued until it's useful to non-disabled, privileged people. So if it's surprising that we should find those confused and disappointing threads in our contemporary discussions on the topic of "artificial intelligence," then it is only so because at over 2800 years later, you'd think we'd've had time to learn better.

(this is a segment from my newsletter, and if you want to read more of it, it's here: https://tinyletter.com/Technoccult/letters/technoccult-news-the-days-of-swine-and-roses) 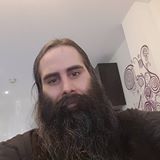 @Wolven Also important to note that smith=crip exists cross-culturally, not solely isolated to G-R. Nor is it certain it's always amputation - suggestions of technological substances/offgasses being toxic and affecting heridtary smith families etc

@mrvi Yes, exactly; there are threads of it in the Norse, in the Saxon, and in the Yoruba, though of course the cultural contexts give them different impacts, as well. But in each it links them up with the role of the artificer, as you say, being something that gets passed down in the blood, like a congenital condition. Very interesting resonances.

We come here in search of a place to express our thoughts outside of the direct control and surveillance of unaccountable, mega-corporations. There is no common theme that binds us other than these being the bonds we've chosen rather than those that have been chosen for us.